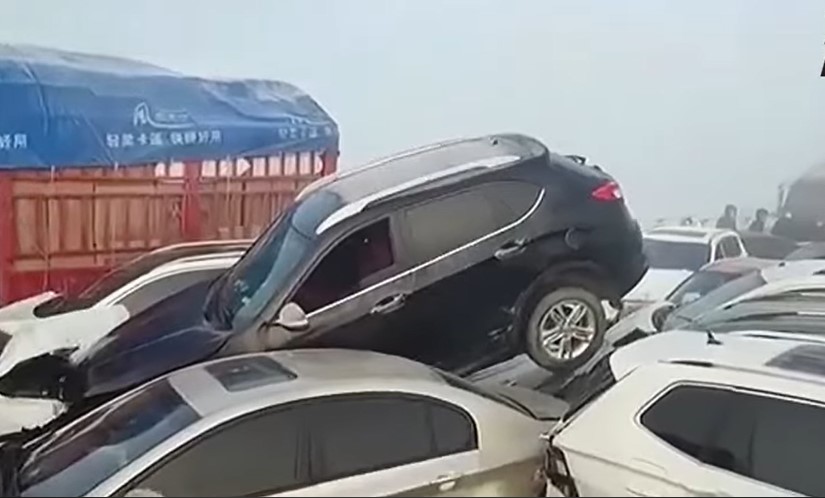 More than 200 vehicles were involved in a massive pile-up in China, which was captured on video.

According to Reuters, a huge accident unfolded on the Zhengxin Huanghe Bridge in Zhengzhou on Wednesday as heavy fog settled over the area.

A box truck is seen slamming into the back of another vehicle, pushing damaged vehicles around as sirens are heard wailing in the distance.

“This is too scary. Full of people here, I don’t think we can get off the bridge,” a bystander is quoted as saying in one video.

A number of cars, vans, and SUVs are also seen facing all directions after colliding with each other, many of which are damaged on the front hoods and windows, according to videos taken from the scene.

According to Reuters, citing state media, the local fire department dispatched 11 fire trucks and 66 personnel to the scene.

In total, more than 200 vehicles were involved in the accident, with at least one death reported.

All traffic was subsequently prohibited from crossing the bridge.