Couple accused of kidnapping pregnant woman, trying to claim unborn child as their own 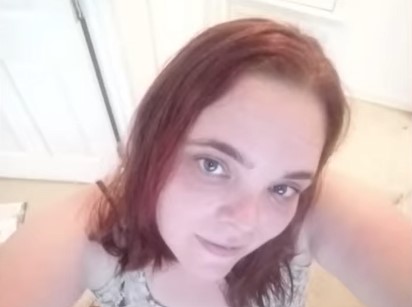 Several charges are being filed against a couple in connection with the death of a Benton County, Arkansas, woman last seen on Monday, along with the baby she was carrying.

Sherrif Shawn Holloway told a news conference Thursday that Amber and Jamie Waterman were in custody in McDonald, Missouri, after being arrested for first-degree kidnapping. More charges are expected to be filed in connection with the death of Ashley Bush and her unborn child.

“This was one of the most horrific cases that I had been personally involved with,” Holloway said.

At this time, it is not known whether Bush was killed in Arkansas or Missouri, said Benton County Prosecuting Attorney Nathan Smith. Several venues are involved in the case, he said. Jail records and a statement released by the McDonald County Sheriff’s Office in Missouri indicate that the FBI was involved in the arrests of the Watermans.

According to Smith, the suspects will most likely face federal charges.

“Law enforcement have reason to believe that both of them are involved in this crime and obviously as the facts play out, and the investigation continues, we’ll know the extent of that involvement for both of them. But evidence is, at this point, that there was reason to hold both of them for charges,” he said.

The driver was a White woman in her 40s with shoulder-length brown hair, whose name was Lucy. Ashley met Lucy online while looking for a job working from home. According to the statement, Lucy picked her up from the Handi-Mart in Maysville to take her to Bentonville for a job interview.

On Monday, Bush was found dead in a different location than the daughter she was pregnant with.

In an email sent to reporters on Monday afternoon, McDonald County Sheriff Rob Evenson confirmed that the baby had died.

“We had a 911 call that this woman had given birth and the baby had quit breathing,” he said. “Two of my deputies as well as EMS and first responders did CPR trying to save the baby but were unsuccessful.”

According to McDonald County Coroner William Goodwin, an autopsy is being conducted in Little Rock to determine the cause of the baby’s death.

“The baby was cut out of the mother after the mother was killed,” he said. “I don’t know if the baby came out alive or dead.”

Goodwin said he was contacted after the Watermans said Amber Waterman had been past her due date and was having contractions. According to them, they did not have sufficient time to reach the hospital and called emergency dispatch claiming to have given birth in their vehicle.

It was reported by Goodwin that the woman refused medical treatment, refused to take the ambulance to the hospital, and wanted to leave with her baby.

“I wouldn’t let them take the baby. I’m taking custody of the baby as the county coroner,” Goodwin said.

Goodwin said the Watermans told officials they would go to the hospital on their own, but they did not have enough gas money to get there, so officials gave them gas money and instructed them to contact the Ozark Funeral Home, which Goodwin owns when they left the hospital. According to Goodwin, they were behind the ambulance but had turned off on another road. It is unknown whether they ever reached the hospital.

Goodwin states that the Watermans arrived at the Ozark Funeral Home on Tuesday morning in order to make funeral arrangements for the infant with Goodwin.

“They come in here and are ready to make arrangements and have a service and cremate the baby afterwards,” Goodwin said.

Goodwin said that a service would be held on Wednesday, with the couple, 6 to 8 family members attending.

Goodwin was contacted shortly after the appointment by the Benton County Coroner, who expressed suspicions about the baby’s identity.

“The Benton County Coroner calls me and says, ‘Hey, there is something going on with this baby. We think this is connected to the kidnapping,’” Goodwin said.

It was told to Goodwin that the descriptions of the vehicles matched and that Benton County wanted to perform an autopsy on the baby. Goodwin agreed, but insisted the funeral occur first in case there was a misunderstanding.

“When they get here Wednesday, we do the service with their family – everyone was very distraught – which is normal after parents who go through something so traumatic,” he said.

Amber Waterman’s demeanor changed when Goodwin told her the Benton County Coroner would perform an autopsy on the baby, and she asked if DNA tests would be done.

An autopsy is expected to reveal whether the baby took a breath before dying, and Goodwin is awaiting the results.

“During the service of the warrant, human remains were found that are believed to be connected to this investigation. Two people were taken into custody and are being held in the McDonald County Jail pending the filing of formal charges,” the statement said.

The police believe Bush died from a gunshot, according to Holloway.

“This is just a reminder that there is evil in the world. People do evil things, and that someone would prey upon a pregnant woman, you know, in her most vulnerable state is unimaginable,” Smith said.

It is “a very active investigation,” Sheriff Holloway said, working with the FBI as well as the McDonald County, Missouri Sheriff’s Office.

We don’t know if Amber and Jamie Waterman have attorneys.