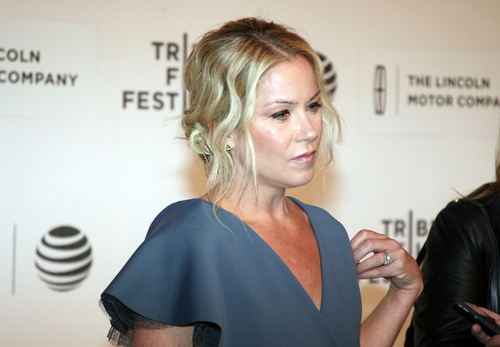 Applegate revealed she has gained 40 pounds and is unable to walk without a cane after being diagnosed with multiple sclerosis.

“This is the first time anyone will see me the way I am,” the actress told the New York Times Monday of the upcoming third and final season of “Dead to Me.”

As far as her appearance and mobility are concerned, Applegate is “very aware” of them.

“I’m never going to accept this,” she admitted. “I’m pissed.”

It has been difficult for her to “process the loss of [her] life,” and she is still not “totally fine.”

It was one year since Applegate began sharing the details of her MS battle.

“I was diagnosed with MS a few months ago,” the Tony nominee tweeted in August 2021, along with her husband Martyn LeNoble, who shares an 11-year-old daughter Sadie.

“It’s been a strange journey,” she said at the time. “But I have been so supported by people that I know who also have this condition.”

“As we all know, the road keeps going,” Applegate wrote, asking for “privacy.” “That is, unless some a–hole blocks it.”

In spite of staying out of the public eye for a while, the “Married… with Children” alum gave a health update on her birthday three months later.

With “Dead to Me” returning to Netflix on Nov. 17, Applegate has recently been working on preparing for her first public appearance, posting a picture of the walking sticks that have become her “new normal.”