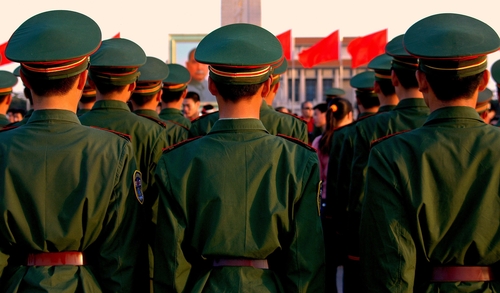 China announced on Monday that its army was expanding new military exercises and drills around Taiwan amid growing concerns over potential conflict in the region. The exercises included missile strikes, warplanes, and ships moving across the Taiwan Strait.

Taiwan’s Defense Ministry said Sunday that it had detected 66 planes and 14 naval vessels conducting exercises. The island’s military is on alert and will conduct live-fire artillery training drills on Tuesday and Thursday.

China has threatened to annex Taiwan if it believes that action is necessary. The Group of Seven, which serves as a forum to coordinate global policy, has condemned China’s actions. In response, Beijing canceled a meeting with Chinese Foreign Minister Wang Yi and Japanese Foreign Minister Yoshimasa Hayashi.

China has cut off the defense and climate conversations with the United States and also has sanctioned the U.S. House of Representatives Speaker after Speaker Nancy Pelosi visited Taiwan on August 2. The United States has called China’s exercises in the Taiwan Strait “fundamentally irresponsible” and said there is no need or cause for such an escalation. Secretary of State Antony Blinken said on Saturday “We seek to deescalate those tensions and we think dialogues are a very important element of that.”

China is defending the peace and stability of the Taiwan Strait, and the United States is taking advantage of an opportunity to increase its military deployments in the region.

China first fired several missiles into waters near parts of Taiwan last Thursday, August 4, escalating regional conflict. This has been the largest show of military force that China has demonstrated in and around Taiwan. The People’s Republic of China has long claimed sovereignty over Taiwan. Secretary of State Antony Blinken said that the United States opposed unilateral efforts to alter the status quo. He also stated that the US remains committed to its “One China” policy. Concerns surrounding China and Taiwan will likely increase as the military continues its exercises.

NASA is launching spacecraft to try to save earth from asteroid

Mystery illness has killed at least 4