Young mother beheaded in the street during a brutal attack 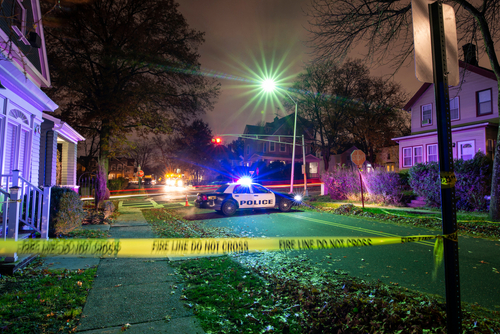 A man, according to law enforcement sources, beheaded a young woman in the middle of the street on Thursday.

During a press conference, Lieutenant Eamon Allen said that the crime took place just before noon in the street outside the victim’s house.

In a report from Lieutenant Allen, two children of the victim were inside the house when the crime occurred, but they did not witness it.

Law enforcement sources report the two were in a relationship, but the victim obtained a temporary restraining order against the suspect, Hayward resident Jose Solano Landaeta.

An obviously deceased female was found in that area minutes after they arrived, according to Lt. Allen at a press conference. “Shortly after they started working on the scene, the male suspect returned and was quickly detained by sheriff’s deputies,” they said. “The suspect was later arrested for homicide. We can confirm that the crime was committed using a stabbing instrument. The weapon remains missing.”

There is still a search underway for that weapon. It is said the suspect had suffered a medical emergency of some kind, but no details are available.

In a statement, the San Mateo County Sheriff’s Department said the brutal crime happened in the middle of the street.

There was a history of domestic violence at the address where the woman was killed, according to sources.

First responders and witnesses to this tragic incident are receiving peer support from officials.

“When someone loses their life, it is certainly tragic,” said Lieutenant Allen. As far as the shocking nature of it, I do know that the deputies on the scene were a little beset by the scene when they first arrived. In addition to providing peer support, we are providing support for witnesses on the scene as well, since several civilian witnesses were present.”