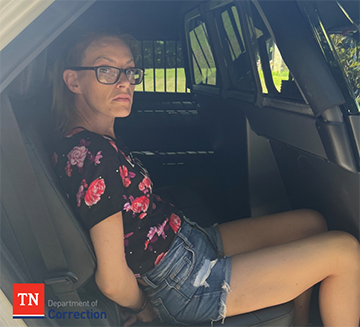 Rachal Dollard was charged with murder this week following the overdose death a Tennessee inmate. She is also being charged for introduction of contraband into a correction facility.

This happened in February of this year. According to the Tennessee Department of Corrections (TDOC), the drugs were passed between herself and inmate Joshua Brown during visitation, as they shared a kiss at the Turney Center Industrial Complex. The drugs were smuggled in a balloon containing half an ounce of methamphetamine. Dollard passed the balloon through the kiss, and Brown swallowed it. Brown later died at the hospital from an overdose.

Dollard is now being held in the Hickman County jail as she awaits her court hearing. According to the TDOC statement, Joshua Brown was serving an eleven-year sentence set to expire in 2029.

David Imhof, Director of TDOC’s Office of Investigations and Conduct, states that “this incident points to the real dangers of introducing contraband into prisons and the consequences that follow, our agency will pursue prosecution against any individual who threatens the safety and security of our staff, the men and women in our custody, and our facilities.”

This isn’t the first time the ‘kiss of death’ has happened. A very similar scenario took place back in 2016 in Oregon. Anthony Powell was serving a life sentence in the Oregon State Penitentiary in Salem, OR. His girlfriend, Melissa Blair, was there on a “privileged contact” visitation. During this, they shared a kiss, and the girlfriend was able to pass multiple balloons filled with approximately 4.6 grams of methamphetamine. Powell was later found dead in his cell due to an overdose. According to the autopsy, there were seven balloons found in his stomach.

The Tennessee Department of Correction have implemented safety protocols to prevent instances like this from happening. The TDOC said in a statement that it “employs a variety of tools to try to prevent the introduction of contraband into Tennessee prisons including pat searches of anyone entering a facility, vehicle and cell searches, and drug detection dogs. Body scanners are also currently being placed in all facilities.”

For more information on this story, check out the additional news sources below: