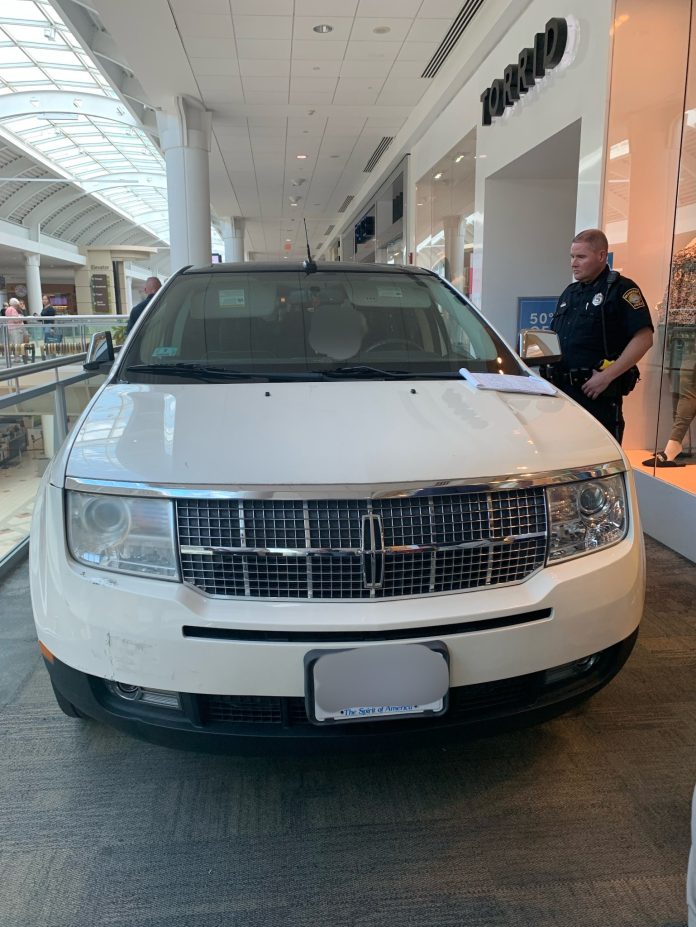 The driver was able to enter through the mall’s automated doors that were connected to the parking garage.  According to the Braintree Police, “one of the safety bollards was missing in front of the entrance.”  This made it possible for the SUV to pass through the doors as nothing was blocking them.  She continued to drive her car through the center aisle of the second floor. The police confirmed the car was a “late model Lincoln MKX.”

Surveillance video captured the SUV driving slowly toward the shopping center, hitting the cart rack, backing up, then driving past the rack.  The driver eventually stopped the vehicle on her own accord, in front of Torrid, a clothing store.  It was about four storefronts south of the entrance.  When officers arrived on the scene, the car was stopped and bystanders were talking to her.  According to one witness, once the elderly driver stopped, she asked them if they knew how to get out of there.

In a press release, police described the driver as “confused.” and said that she was evaluated by a mental health clinician at the scene, then was taken to the hospital for further evaluation.  The police have requested an “immediate threat license suspension”, which will revoke her license indefinitely if granted by the Registry of Motor Vehicles.  There were no injuries reported from this incident.

Police said that the mall’s management had already scheduled the bollard’s replacement, and they will do it as soon as they can.