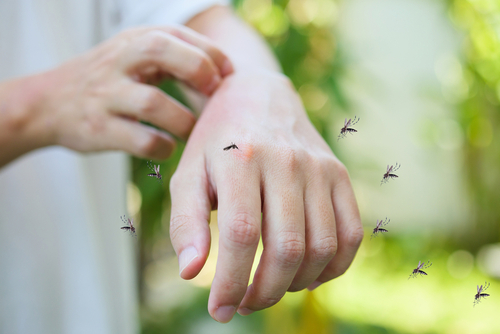 A pilot in training, twenty-one-year-old Oriana Pepper, was bitten by a mosquito in the first part of July. After being bitten, she contracted an infection. The infection moved rapidly to her brain. She was initially given antibiotics in a hospital and then discharged and sent home. Leaving her to collapse two days later. Her boyfriend, James Hall, rushed her to the hospital, but it was too late; the infection had spread to her brain.

The Sun reported that Hall told them that after arriving in Belgium, both he and Pepper had received a few bites from mosquitos and was told by the locals in the area that this was “normal for the area and the time of year.”

Pepper eventually lost her life and died on July 12, 2022, due to the severe infection caused by the mosquito. The official cause of death was a septic emboli infection of her brain.

The bite was close to her forehead and eyes. It caused swelling, redness, and bloating. According to the statement by Nigel Parsley, a senior coroner explained at the inquest the woman died from a “serious infection caused by a bug bite on the forehead….I have never seen anything quite like it; It’s just one of those things that’s just such an unfortunate tragedy for a young lady who clearly had a wonderful career and life ahead of her.”

Tristan and Louisa Pepper described how their daughter loved flying. Her father tells how Pepper “loved nothing better than to go flying with her dad and her brother Oliver, also a trainee commercial pilot”. Pepper was close to achieving her dream she was in Belgium continuing her studies when her life was taken too quickly.

For more on this story, please consider these news sources: