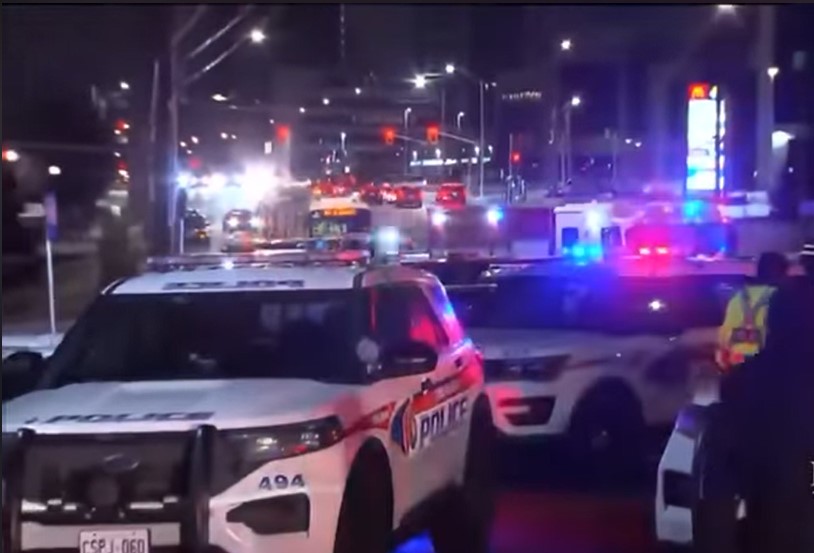 Approximately 7:20pm on Sunday, police were called to a residential building in Vaughan, north of Toronto, for reports of an active shooter who shot several victims.

In Canada, mass shootings are rare, and Toronto has long been considered one of the world’s safest cities.

“When police arrived, an interaction occurred between the officers and a male subject and the subject was shot. He was pronounced deceased at the scene,” the York regional police said in a statement.

“Horrendous scene,” said York police chief James MacSween. “Six deceased. One of them is the subject. The other five are victims.”

Another person was taken to the hospital in a serious condition but is expected to survive.

There was no information on whether the shooter lived in the building, MacSween said.

The incident was described by Constable Laura Nicolle as the “most terrible call I’ve seen in my entire career”.

In an earlier news conference, Nicolle said the victims appeared to be from multiple units.

It is being investigated by Ontario’s special investigations unit, which becomes involved when police are involved in deaths or serious injuries.

As of yet, neither the suspect nor the deceased have been identified by the police.

The building at 9235 Jane Street, north of Rutherford Road, was evacuated by police, but MacSween said no further threats were present. Within hours, they hope to have residents back in their homes.