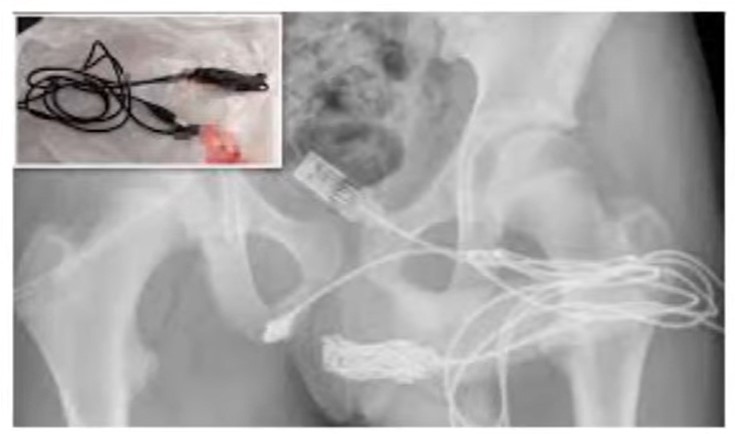 Doctors baffled when a 15-year-old boy came into a hospital with a USB charger — which could charge both phones and headphones — lodged in his gut.

The boy, from Diyarbakir, Turkey, was rushed in by family after complaining of nausea and stomach pains. An X-ray revealed a plastic-coated nightmare waiting to be digested.

After he was thrown into an ambulance, he was transported three hours away to Firat University Hospital in Elazig, where a specialist was set to perform the charger-dectomy.

As a precaution, Yasar Dogan ordered an endoscope procedure to remove the cable from the boy’s stomach.

An endoscopy procedure was performed by Professor Dogan, head of the pediatric gastroenterology, hepatology, and nutrition department.

“We obviously had a hard time removing the cable, as one end of the cable had passed into the small intestine,” Dogan explained.

When the coiled cord was finally pulled out of the boy – then measured to be three feet long – a hair tie was also found inside.

It is unclear how or why he consumed the objects.

“After the procedure was successfully concluded, the patient was sent home in good health,” continued Dogan.

In a similar instance, a 9-year-old boy in Stirling, Scotland, nearly died after eating six magnets as part of a TikTok challenge last year.

There was a 14-year-old boy in India who ate 16 toothbrushes and a three-inch nail to cure his dirt addiction.