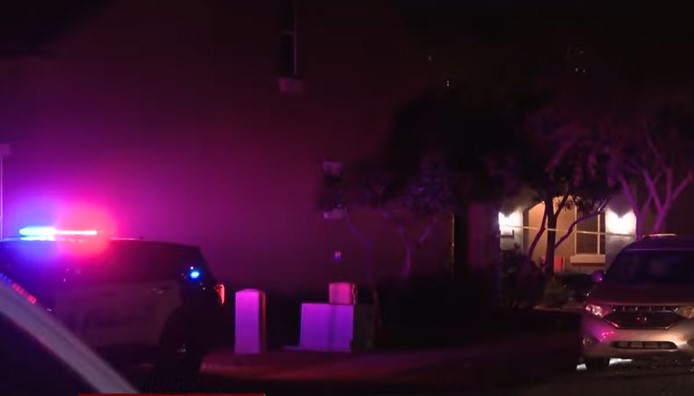 After a family dinner on Christmas Day, an Arizona man was arrested and charged with murdering his stepfather.

According to the Gilbert Police Department, 48-year-old Michael Kaser is charged with murder in the first degree in the death of an as-yet unidentified 80-year-old man who died of multiple gunshot wounds on December 25, 2022.

At around 4:30 p.m., officers responded to a call concerning a vehicle backed into a residence near Recker Road and Warner Road. The victim was found inside the vehicle in question, shot multiple times.

Also responding to the incident was the Gilbert Fire Department. They described the accident as a “major vehicle accident” and reminded residents to pull over when emergency sirens are heard.

“Life saving measures were attempted but unsuccessful, and the victim was pronounced deceased at the scene,” the police department said. “There were no other reported injuries.”

The officers at the scene eventually made contact with a man described as a “male relative” of the victim who “had exited from a nearby home and made statements about the shooting,” the police reported.

Upon reviewing a “subsequent investigation and witness statements,” the GPD determined that Kaser had “shot his stepfather upon returning from a family dinner,” as stated in the press release.

There are no additional suspects, according to the police department.

There is an ongoing investigation into the fatal shooting.

There are currently few details available regarding the circumstances surrounding the stepson’s alleged murder of his stepfather. There has been no indication of a motive by law enforcement.

Studies and news reports regularly feature crimes allegedly committed over the holidays, a phenomenon that has long attracted the attention of experts. The trend has continued this year as well.

Earlier this week, it was reported that a New Jersey woman allegedly shot and killed her union member husband late on Christmas night – to the shock, dismay, and bewilderment of friends and family. Marylue Wigglesworth, 51, is accused of murdering David B. Wigglesworth, 57, for unknown reasons. Currently, authorities are keeping mum about the shooting’s circumstances.

On Christmas Eve, a Sunshine State woman was arrested for allegedly shooting her husband in the face. Kristi McCaffery, 55, was charged with attempted murder in the first degree in that incident, according to Panama City, Fla.-based NBC affiliate WJHG. The alleged victim’s name has yet to be released but he is expected to survive; McCaffery is being held in the Bay County Jail without bond. The presumed motive in that incident is currently a mystery as well.