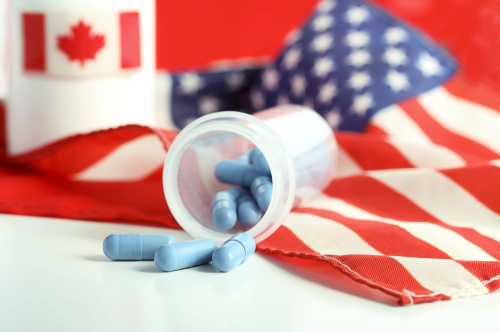 Florida is suing the Food and Drug Administration over its failure to act on a plan to import cheaper prescription drugs from Canada. The governor said the FDA was “unlawfully delaying” and “unreasonably delaying” the approval of the plan.

DeSantis estimated importing cheaper drugs from Canada could save the Florida state government up to $150 million per year.

Florida was the first state under President Donald Trump to take advantage of a 2003 federal law allowing states to pass medication-importation programs. But the Florida program has faced many obstacles, including red tape, stonewalling, strong-arming, and tactics to delay.

In response to inquiries, FDA said that it “does not comment on potential, pending, or ongoing litigation”. DeSantis hinted that politics might play a role in the decision, although it is unclear what is causing the delays.

Biden signed the inflation-reduction bill, which contains several provisions for saving money on drugs under Medicare.

Both Trump and DeSantis broke with their parties by pushing to import prescription drugs, but the drug industry is strong in Washington and state capitals and has opposed the idea.

Last year, Sen. Bernie Sanders, a Vermont independent, said that the Biden administration should have approved the Florida plan and that it should be adopted nationwide.

Previous articleThe Legacy of Princess Diana: 25 years after her death
Next article25 Year Old Man Murders and Dismembers His Mother