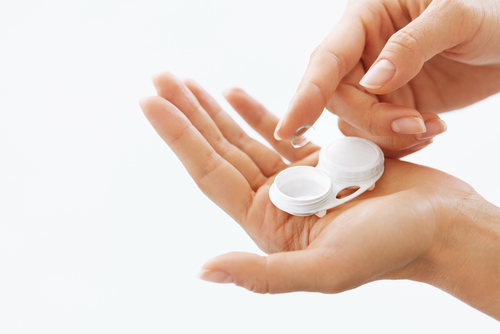 An English woman who wore her contact lenses while showering contracted a parasite and had to have her eye removed. According to the woman, an amoeba got between her contact lens and cornea, causing an eye infection.

According to an interview with the BBC, Marie Mason from Leicestershire began feeling discomfort in her eye in 2015. Despite several unsuccessful attempts to repair the cornea, her vision eventually deteriorated, and her eye had to be removed.

During March 2020, her eye was removed, and a false eye is now worn in its place.

She believes that the organism entered her eye through tap water and is now attempting to warn others. In order to warn users about the dangers of contact lenses, she believes that a prominent warning should be placed on the packaging of the lenses.

As she stated to the BBC, “I started feeling like I had a foreign body inside my eye, like sand or grit, which, when rubbed, would normally disappear.”

The organism lives in water and soil, and it is so tiny that it managed to get between my contact lens and cornea and began feeding on the cornea, Mason explained.

According to Mason, you do not need to stop wearing contact lenses altogether; you simply need to be cautious when using them. She stated, “If you wish to wear contact lenses, that is fine, but you should be very careful when handling them. Water is the thing you must be cautious about,” she adds.

In an interview with University College London’s Institute at Ophthalmology, Prof. Dart explained that amoebas live on corneal cells, causing an infection that can last for years and be difficult to treat.

Dart supports Mason’s call for companies to stress the importance of good hygiene. A warning should be included on the packaging, according to him.

According to him, “These are very simple things to place on the back of a box. It’s not rocket science.”

For more coverage on this story, see the additional news sources below: