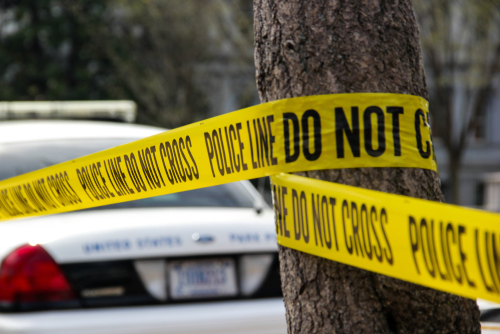 In a recent murder conviction, an Indiana woman was found guilty of stabbing her boyfriend with a comb to death.

Sierra M. Hernandez, 27, was convicted of murdering her boyfriend, 25-year-old Roderick Patterson, on Thursday night after just one hour of deliberations.

Hernandez and Patterson had a tumultuous relationship, according to court documents. Hernandez assaulted Patterson, the two exchanged threatening texts, and Patterson once threw rocks through Hernandez’s window.

At around 4 a.m. on May 2, 2021, Hernandez allegedly attacked Patterson with a sharp end of a rattail comb just outside her Fort Wayne home, stabbing him to death.

The defense countered that Hernandez was seven months pregnant at the time and could not have gripped the comb with enough force to stab the victim because her fingernails were too long. According to attorney Nikos Nakos, there was no evidence that the two had a physical altercation that evening.

Hernandez told police that she was looking for her house key outside her car when she heard Patterson scream and saw him clutch his chest a short time after the incident occurred. Afterward, she said she helped him into the house, applied pressure to the wound, and called 911. Later, he passed away in a local hospital.

However, the police stated that her version of events did not match that of the coroner. Furthermore, Hernandez raised red flags when she identified the wound as a stab wound, even though an experienced detective initially suspected Patterson had been shot by a small caliber bullet.

Although the murder weapon was never identified, police claimed two rattail combs with metal end taken from Hernandez’s residence could have been used. There was no DNA found on either comb.

Hernandez was found guilty of murder on a single count. She faces 45 to 65 years in prison when she is sentenced on December 16. It is unclear where the child she was pregnant with at the time of the murder is.