Woman infected with disease after janitor urinates in her water bottle 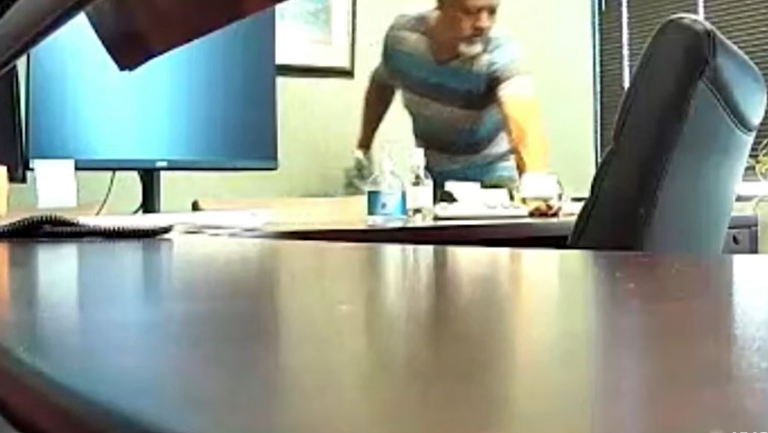 A Texas custodian was arrested after a coworker claimed he gave her a sexually transmitted disease by urinating in her water bottle at a medical office building, court records obtained by KHOU 11 show. There have been 11 additional potential victims who have come forward since then.

The defendant, Lucio Catarino Diaz, 50, was charged with aggravated assault with a deadly weapon. During an interview with the police, he admitted that he had done it with malicious intent. The worker allegedly told investigators that he had a “sickness” and did not know how often he urinated in the workers’ drinking water.

According to Houston police, the disturbing incidents occurred at a doctor’s office along the East Freeway, where the victim worked for more than 20 years. Court documents indicate that the medical practice had a 5-gallon water dispenser that was used by the staff and others.

Police were informed that the victim began bringing her own water bottles to work after she noticed that the liquid from the dispenser had a strange taste and smell. She explained that she would leave the water bottle at work if she did not finish it. According to documents, the woman began to notice that the water she was drinking from it tasted and smelled bad by late September.

Upon noticing that it occurred repeatedly, the doctor the victim worked for took a urinalysis on the water, which confirmed their suspicions that it was urine. The victim, who requested anonymity, told KHOU 11 that she “felt disgusted” as a result of what she experienced.

According to court documents, the woman purchased a security camera and attached it to her computer. Video surveillance showed the janitor opening the water bottle on the woman’s desk, unzipping his pants, and placing his private parts inside the bottle. When he finished urinating inside the bottle, he replaced the cap and placed it back on the desk.

During the course of the investigation, police obtained blood and urine samples from Diaz, which revealed that he tested positive for two sexually transmitted diseases.

There was one of them that was incurable, according to the court document.

Lab tests were also conducted on the victim, which revealed that she had contracted the incurable disease. Doctors advised her that the infection could have been transmitted to her after she had direct contact with Diaz’s bodily fluids.

The district attorney’s office accepted the charges filed against Diaz on October 13. He was taken into custody and is currently being held by immigration authorities.