University professor shot and killed on campus by student 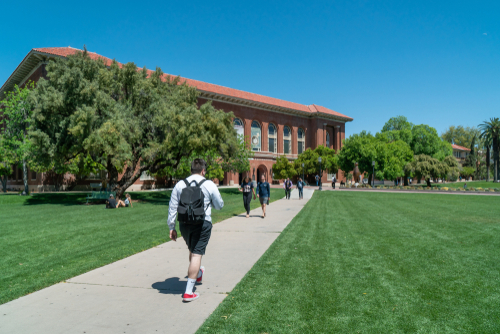 A professor at the University of Arizona was shot and killed on campus Wednesday, authorities said, and a suspect has been arrested.

According to Balafas, the student wasn’t allowed in that building. “The caller wanted police to escort him out of the building.”

Upon arrival, authorities discovered that someone had been shot inside the building, Balafas said. Additionally, police learned that the suspect fled.

A traffic stop near Gila Bend, about 120 miles west of the university, led to the suspect’s arrest by the Arizona Department of Public Safety around 5 p.m.

The shooting victim, Dr. Thomas Meixner, was pronounced dead at a hospital.

The shooting was committed with a handgun, according to Balafas. He added that the incident is under investigation.

The extent of the relationship between the former student and the professor could not be confirmed by Balafas. It is also unclear how many shots were fired, according to the chief.

It’s a terribly tragic event,” he said. “We feel so awful for the professor’s family, friends, and colleagues, and our hearts just go out to them.”