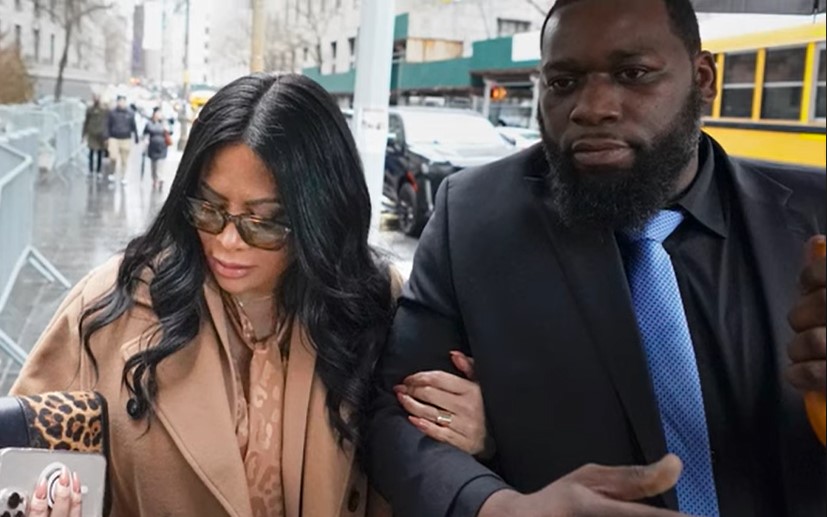 Jennifer Shah, former Real Housewives of Salt Lake City star, will give up the luxurious lifestyle that helped make her a reality television star in exchange for a prison cell for the next six and a half years.

A federal judge sentenced her on Friday to 78 months in prison for spearheading a nationwide telemarketing scheme that defrauded thousands of elderly people out of their life savings.

Adding that the show features “characters who are given scripts,” Stein stated: “People shouldn’t confuse your client with the character she plays. One is acting, and one is — reality.”

A pregnant pause preceded the punchline, causing the courtroom gallery to erupt in laughter.

First speaking for the parties, Chaudhry stated that the proceedings were held “for the innocent people who lost so much,” emphasizing that none of the thousands of elderly victims ever spoke directly with Shah. As Judge Stein pointed out, such a fact does not serve Shah’s interest, since she was simply “too high” and “too important” to the conspiracy for her to deal directly with clients.

“It cuts against you,” he told Chaudhry.

Despite Chaudhry’s repeated assertions that Shah regretted her actions and would never forgive herself, Stein again interrupted to inquire whether Shah still sold “Justice for Jen” merchandise. Chandhry reported that sales had ceased and promised that all proceeds would be distributed to Shah’s victims, though she noted that these funds have not yet been distributed.

Shah spent months mocking the charges against her, reportedly saying things like, “The only thing I’m guilty of is being Shah-mazing.” As a result of the government providing Shah’s attorney with “devastating” evidence of her client’s guilt, Shah’s attitude changed.

As a result of their investigation into the fraud scheme, the government was not able to identify anyone with greater power than Shah. Shah’s claim that she consciously avoided learning about the damage she was causing to her victims was also argued to be undermined by the numerous steps she took to evade law enforcement, including moving her businesses overseas, using bank accounts in other people’s names, switching to a cash-only model, and lying to investigators.

During her court appearance, Shah expressed contrition as she had done during her guilty plea hearing.

“This is a crucible moment for me,” she said, referring to her upbringing in the Pacific Islands.

Describing herself as “deeply sorry my actions hurt innocent people,” she pledged to repay her victims “every cent.”

Additionally, Shah, 49, must forfeit $6.5 million, 30 luxury items, and 78 counterfeit luxury items, as well as pay more than $6.6 million in restitution.

The verdict was celebrated by Manhattan U.S. Attorney Damian Williams.

“With today’s sentence, Jennifer Shah finally faces the consequences of the many years she spent targeting vulnerable, elderly victims,” Williams said in a statement. “These individuals were lured in by false promises of financial security, but in reality, Shah and her co-conspirators defrauded them out of their savings and left them with nothing to show for it. This conviction and sentence demonstrate once again that we will continue to vigorously protect victims of financial fraud and hold accountable those who engage in fraudulent schemes.”

Shah admitted last year that the purported coaching services she offered to the elderly and vulnerable had “little or no value.”

In this case, the judge’s sentence falls roughly in the middle of the terms recommended by the government and the defense. Prosecutors recommended that Shah be sentenced to ten years in prison. Attorneys for the defense had requested a sentence of three years.

In July 2021, Shah was arrested as Bravo was taping its second season of the hit reality show.

Shah pleaded guilty to a wire fraud conspiracy on July 11, 2022, one week before she was scheduled to go to trial. The conspiracy was intended to defraud elderly and vulnerable individuals of millions. The same day, she also entered into a preliminary forfeiture agreement for $6.5 million.

“I agreed with others to commit wire fraud,” she stated at her plea hearing. “Furthermore, while doing this, I knew many of the purchasers were over the age of 55.”

Prior to her conviction, she confessed that the telemarketing scheme involved coaching services for business opportunities that were of “little to no value.”

In the weeks leading up to the sentencing hearing, Shah’s defense team and prosecutors sparred over a restraining order stemming from an alleged affair Shah had with a woman’s wife in 2019. According to the prosecutor, the woman’s account of her interactions with Shah belied her claims of being a person of high moral character.

On Thursday, the reality star’s attorney responded to the government’s assertions by describing the filing as nothing more than “unreliable, salacious” allegations that are not relevant to federal court proceedings.