Woman Hospitalized After Dog Defecated in Her Mouth: 'It...
Crime

Woman was dead in South Carolina department store for...
Crime 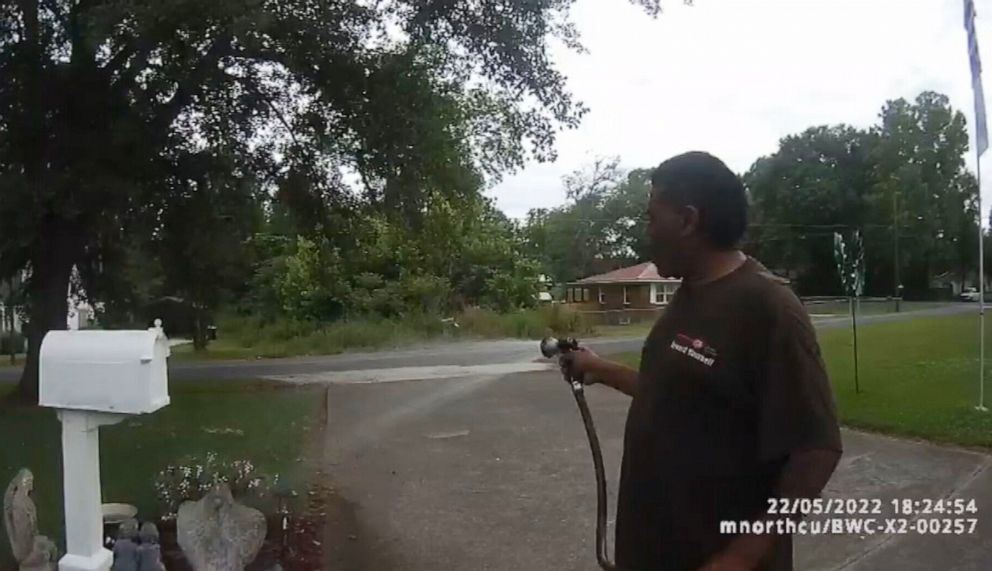 According to a lawsuit filed on Saturday, a Black pastor arrested for watering his neighbors’ flowers claimed his rights were violated by an unlawful and false arrest.

A federal lawsuit filed by Michael Jennings, longtime pastor of Vision of Abundant Life Church in Sylacauga, Alabama, alleges that his arrest in Childersburg in May 2022 resulted in ongoing emotional distress, including depression, anxiety, stress, anger, frustration, sleeplessness, nightmares, and flashbacks.

As a result of “willful, malicious, wanton, reckless, and fraudulent conduct,” Pastor Jennings is also entitled to punitive damages, according to the suit.

City officials were contacted for comment, but did not respond immediately.

‘I’m supposed to be here’

A video of Jennings’ arrest from a police body camera was released two weeks ago by Jennings’ attorneys. Jennings can be seen in the video watering flowers and plants outside a Childersburg home when two police officers approach.

A police officer named in the suit asks Jennings what he is doing, and he responds that he is watering flowers.

According to a call transcript obtained by The Associated Press, a 911 call was made about a black male and a gold SUV at the house while the homeowners were away.

As a response to Smith’s statement about the 911 caller who said there was someone at the house who wasn’t supposed to be there, Jennings says, “I’m Pastor Jennings and I live across the street.

Then he continued, “I’m watering their flowers while they’re away.”

There is a video recording of the conversation included in the lawsuit which can be heard on the body camera.

Smith asked Jennings for identification, but he refused since he hadn’t done anything wrong. According to Jennings, the arrest was unlawful because he was on private property and he “had a clearly established constitutional right under the Fourth Amendment to be protected from unreasonable seizure, as well as not to be arrested without arguable probable cause.”

‘I’m here for accountability and … justice’

As Jennings walks away from the officers, he tells them he hasn’t done anything suspicious and that he will continue to “water these flowers.”

A police report obtained by the AP says Jennings is told he could face obstruction charges, and another officer, Justin Gable, puts him in handcuffs.

The obstruction charge against Jennings was dismissed by a municipal judge in June, according to documents provided by his attorneys.

Jennings said at a press conference on Saturday in Birmingham, Alabama, “I want to be clear that I’m not anti-police. Our society would be a mess without the police. However, there are bad police, as well as good police. There are good preachers and bad preachers. In spite of their impunity, they continued to do what they did.”

Jennings described the incident as “humiliating” and “dehumanizing.”

The lawsuit is his way of creating change, he said. Jennings said, “I’m not here for revenge.” Instead, he said, “I’m here for accountability and justice.”