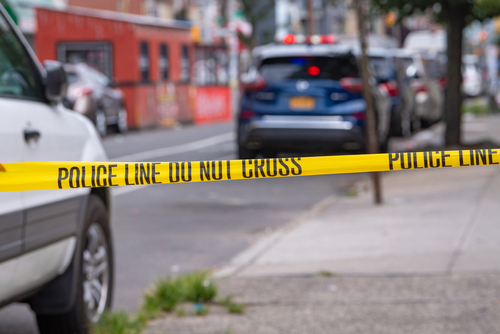 An unidentified man fell to his death from a Times Square supportive housing building on Saturday morning.

He was pronounced dead at the scene of the 6:50 a.m. collision in the 800 block of 43rd Street near 8th Avenue, according to the FDNY.

“Someone jumped? Jesus Christ! a stunned woman said four hours after the incident when she answered the phone at the office.

She only described the property as “a residence.”

According to the nonprofit Breaking Ground website, The Times Square, a former hotel with 652-units, offers permanently affordable housing and onsite supportive services for low-income and formerly homeless adults, people with mental illness, and HIV/AIDS patients.

Further information was not available at this time.

According to two bellboys at the Westin Hotel across the street, the NYPD closed off the block while they investigated. The victim was a man, but they didn’t see him fall or jump.