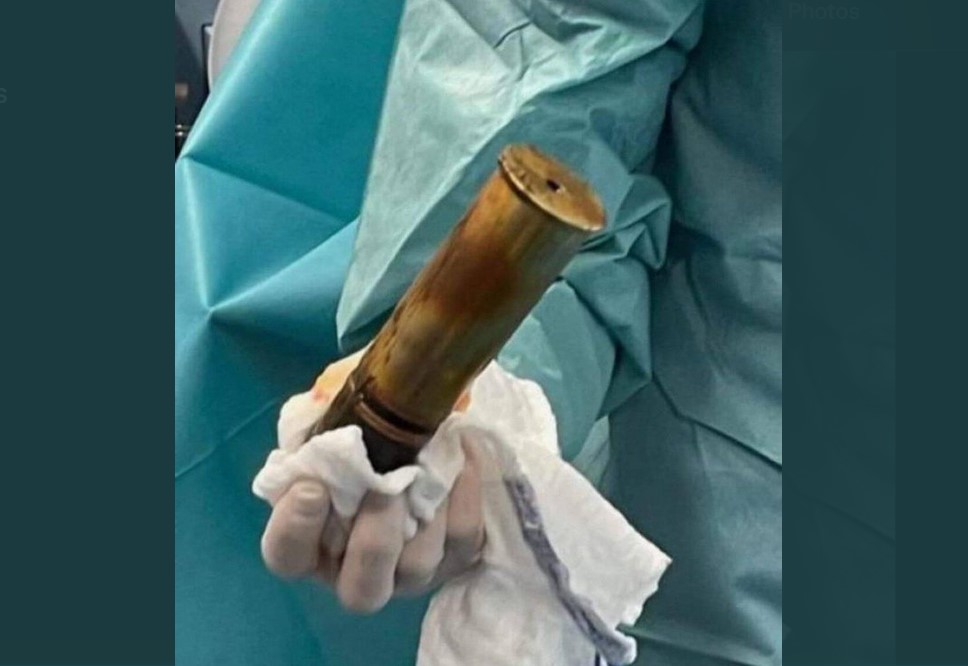 After a senior citizen arrived at a French hospital with an artillery shell lodged in his rectum, a portion of the hospital was evacuated.

An 88-year-old patient visited Hospital Sainte Musse in Toulon for the removal of an antique explosive, but instead sparked a “bomb scare,” the French newspaper Var-Matin reported.

“An emergency occurred from 9 p.m. to 11:30 p.m. on Saturday evening that required the intervention of bomb disposal personnel, the evacuation of adult and pediatric emergencies as well as the diversion of incoming emergencies,” according to a hospital spokesperson.

“We had to manage the risk in a reactive framework,” explained the representative. “When in doubt, we took all the precautions.”

An expert in bomb disposal at the scene determined that there was little chance that the shell would explode within the victim.

“They reassured us by telling us that it was a collector’s item from the First World War, used by the French military,” stated the hospital.

Initially stunned, doctors attempted to remove the object – which measured almost 8 inches long and more than 2 inches wide – from the man’s rectum.

This item is believed to have been inserted into the anus of the pervy patient for sexual purposes.

“An apple, a mango, or even a can of shaving foam, we are used to finding unusual objects inserted where they shouldn’t be,” stated a physician. “But a shell? Never!”

In order to remove the relic, the elderly man was taken into surgery, where his abdomen was cut open.

He is now in “good health” and is expected to make a full recovery from the surgery, according to the hospital.