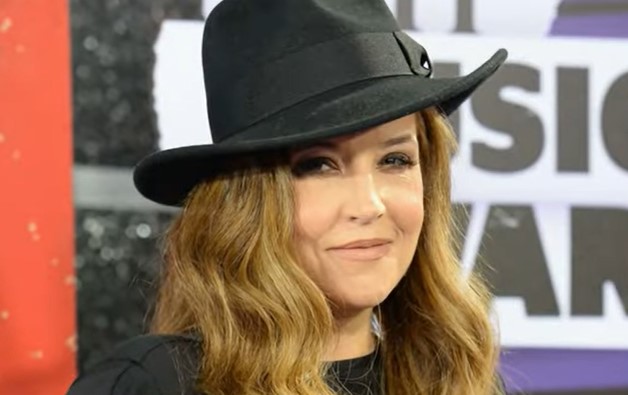 Lisa Marie Presley, the daughter of Elvis and Priscilla Presley, has passed away. She was 54 years old.

“It is with a heavy heart that I must share the devastating news that my beautiful daughter Lisa Marie has left us,” said Priscilla in a statement Thursday evening.

“She was the most passionate strong and loving woman I have ever known. We ask for privacy as we try to deal with this profound loss. Thank you for the love and prayers. At this time there will be no further comment.”

It was reported that Presley was rushed to the hospital on Thursday morning due to a possible cardiac arrest. According to a spokesperson for the Los Angeles County Sheriff’s Department, paramedics were dispatched to the 5900 block of Normandy Drive in Calabasas to treat a woman who was not breathing. Upon arrival, the paramedics started CPR and, after observing the patient had “signs of life,” transported her immediately to a nearby hospital for “immediate medical attention.”

According to a spokesperson for the Los Angeles County Fire Department, the unit was dispatched to the address to respond to a cardiac arrest.

A Memphis native born on February 1, 1968, exactly nine months after Elvis and Priscilla’s wedding, Lisa Marie moved to Los Angeles at the age of four with her mother following the divorce of her parents in 1973.

When Elvis died in August 1977, Lisa Marie was 9 years old, making her the joint heir to his estate along with her grandfather Vernon Presley and great-grandmother Minnie Mae Hood Presley. Upon their deaths in 1979 and 1980, she became the sole heir to the estate as well as the owner of Graceland.

“He’d always wake me up to sing in the middle of the night, get on the table and sing,” Lisa Marie recounted on Good Morning America in 2009. “I remember him as my dad, but he was a very exciting dad.”

In October 1988, Lisa Marie married Danny Keough, a Chicago-based musician, and the couple welcomed two children: Riley in 1989 and Benjamin in 1992. In May 1994, the couple divorced after five and a half years of marriage.

Less than a month later, she married Michael Jackson, whom she first met at one of her late father’s Las Vegas concerts when she was seven and the King of Pop was still a member of the Jackson Five. “I am very much in love with Michael, I dedicate my life to being his wife. I understand and support him,” Lisa Marie said at the time in a statement. “We both look forward to raising a family.”

“The one thing that correlates with Michael and with my father on this subject is that they had the luxury of creating whatever reality around them they wanted to create,” she told Oprah Winfrey during a 2016 interview, according to HuffPost. “They could have the kinds of people who were going to go with their program or not go with their program. If they weren’t, then they could be disposed of.”

While Lisa Marie was engaged to Hawaiian-born musician John Oszajca in 2000, the relationship ended when she met actor Nicolas Cage at Johnny Ramone’s birthday party, when he was estranged from Patricia Arquette.

Two years later, Lisa Marie and Cage were married in Hawaii during a secret ceremony commemorating the 25th anniversary of Elvis’ death. Nevertheless, less than four months after their wedding, the couple announced that they were parting ways.

“I’m sad about this, but we shouldn’t have been married in the first place,” Lisa Marie said in a statement released by her publicist, Paul Bloch.

In 2006, Lisa Marie married Michael Lockwood, with whom she had twin daughters, Harper and Finley, two years later. In June 2016, Lisa Marie filed for divorce. [The divorce was finalized in 2021.] Ever since their separation, the couple has been fighting over custody of their children.

During an interview with Healthy Living in 2014, Lisa Marie described herself as being “ferociously protective” of her children. “I just smother them in love,” she explained. It is my priority to ensure that they are healthy and happy. That is what I do. That is what I care most about. I keep them close and ensure that they are happy and healthy.”

On July 12, 2020, Lisa Marie’s son Benjamin committed suicide, which would have been his 28th birthday. “My beautiful beautiful angel, I worshipped the ground you walked on, on this earth and now in Heaven,” she wrote shortly after his death on Instagram. “My heart and soul went with you. The depth of the pain is suffocating and bottomless without you every moment of every day.”

Throughout the years since Benjamin’s death, she has been open about her grief, posting tributes on his birthday and writing an emotional essay for PEOPLE in 2022.

“It’s a real choice to keep going, one that I have to make every single day and one that is constantly challenging to say the least … But I keep going for my girls,” she wrote to mark National Grief Awareness Day. “I keep going because my son made it very clear in his final moments that taking care of his little sisters and looking out for them were on the forefront of his concerns and his mind. He absolutely adored them and they him.”

Additionally, Lisa Marie was an active philanthropist, overseeing the Elvis Presley Charitable Foundation for many years, which provides rent-free housing to homeless families, daycare for children, and other services to families in need. In addition, she worked with Oprah Winfrey’s Angel Network to provide relief to those affected by Hurricane Katrina as well as the Dream Factory to benefit children suffering from life-threatening illnesses.