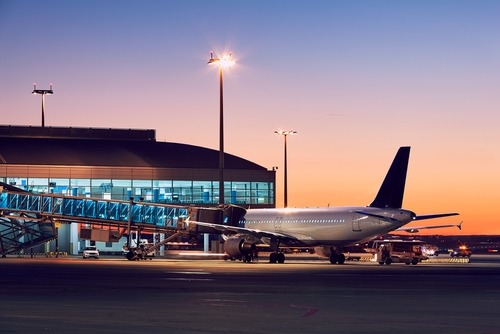 Thousands of flights within, into, and out of the United States were grounded early Wednesday morning due to a Federal Aviation Administration (FAA) system outage that prevented pilots, airlines, and airports from receiving safety information.

Over 4,600 flights were delayed and another 567 were canceled, according to flight tracking data from FlightAware.

There was an unexplained outage overnight that affected the FAA’s Notice to Air Missions, a system that delivers real-time safety alerts to pilots. The notifications are important for flight planning, as they inform pilots of potential hazards, such as closed runways, restrictions, and navigational system disruptions.

Flights are scheduled to resume from most airports on Wednesday morning, according to the agency.

“The FAA has ordered airlines to pause all domestic departures until 9 a.m. Eastern Time to allow the agency to validate the integrity of flight and safety information,” according to a tweet from the FAA.

At around 9 a.m. Eastern, the FAA stated, “Normal air traffic operations are resuming gradually across the U.S. following an overnight outage to the Notice to Air Missions system that provides safety info to flight crews. The ground stop has been lifted.”

American Airlines reported that the incident impacted all airlines and that the company was “working with the F.A.A. to minimize disruption to our operation and customers.”

According to a spokesperson for Hartsfield-Jackson Atlanta International Airport, “more than 13,000 local passengers and more than 43,000 total passengers” were impacted by the delays.

The FAA noted that it is still investigating the cause of the outage.

According to the White House, there was no evidence that a cyberattack was responsible for the problem. The Department of Transportation has been requested to conduct a “full investigation” into the matter.

“I have been in touch with FAA this morning about an outage affecting a key system for providing safety information to pilots. FAA is working to resolve this issue swiftly and safely so that air traffic can resume normal operations, and will continue to provide updates,” tweeted Secretary of Transportation Pete Buttigieg.