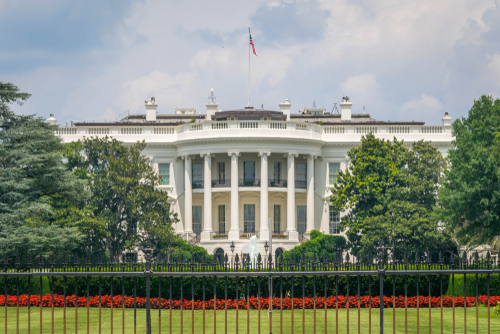 During the signing, President Biden said that American semiconductor production is being outsourced to other countries and that winning back a greater share of the world’s semiconductor manufacturing is the way forward.

A vital goal of the bill is to make the United States more competitive with China in the semiconductor industry.

The White House said that companies are investing an additional $50 billion into U.S. semiconductor production because of the recently passed legislation that will create 40,000 new jobs.

The CHIPS Act provides $52 billion in incentives and tax breaks for semiconductor chipmakers, including Intel, which is already planning to spend $20 billion on building a semiconductor manufacturing facility in New Albany.

After Intel announced that it would be bringing a new semiconductor manufacturing facility to Ohio, a number of Ohio politicians voiced support for CHIPS legislation, saying that it would help attract other businesses and more jobs to Ohio.

The president was isolated in the White House dealing with a resurgent case of Covid-19 but was able to leave isolation Sunday following a second negative Covid-19 test, just in time to sign this historic legislation into law.

Biden also signed approval today for Sweden and Finland to join NATO. In addition, Biden is scheduled to sign another anticipated bill, the PACT Act, that extends healthcare benefits for veterans exposed to toxic burning pits while in military service. The bill could help Biden gain support from Democrats before the 2022 midterm elections. In addition, Biden faces the realistic prospect of signing the Inflation Reduction Act into law if it passes the House.

For more coverage on this story, check the following news sources: