Amazon driver laid dead in yard for hours before being found 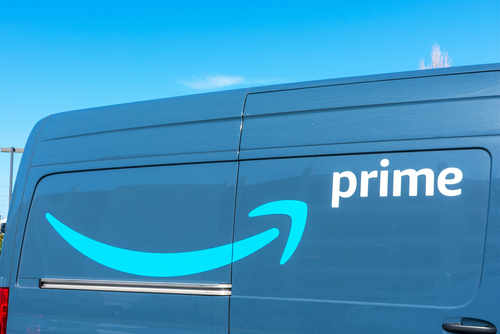 A delivery driver for Amazon was found dead outside a Missouri home following what appeared to be a dog attack. Due to the aggressive behavior of the two dogs, the police were forced to shoot them.

As a result of the apparent dog attack in Missouri, the body of the Amazon driver lay on the owner’s property for several hours.

In a residential area near Excelsior Springs, deputies were dispatched Monday night by the Ray County Sheriff’s Office. Neighbors reported that an Amazon van had been parked outside without movement for quite some time.

When the officers arrived at the scene, they discovered the victim dead on the front lawn, along with two aggressive dogs that were roaming the premises.

According to Fox 4 KC, the driver suffered injuries consistent with animal mauling, and two dogs were found at the scene. While the Sheriff’s County Office has not confirmed the driver’s cause of death, his injuries are consistent with those caused by a dog attack. The incident is also being investigated by a medical examiner in order to determine its exact cause.

A dog was shot after entering the house through what was described as a blood-stained dog door. According to the sheriff, they followed the animal into the house and killed it, as well as another dog that was acting aggressively within the house.

Sheriff Childers said, “Due to the fact of the nature of some of the injuries to the male driver, we can’t confirm or deny if (the dogs) were the cause of the death of the driver; however, we wanted to be safe.”

The victim has not yet been identified, and no information has been released about the owners. According to the description, the dogs are a German Shepherd and an English Mastiff.

Amazon has released a statement in response to the death of the delivery driver.

“We’re deeply saddened by tonight’s tragic incident involving a member of our Amazon family and will be providing support to the team and the driver’s loved ones; we are assisting law enforcement in their investigation.” The company said.

As of right now, no charges have been filed.