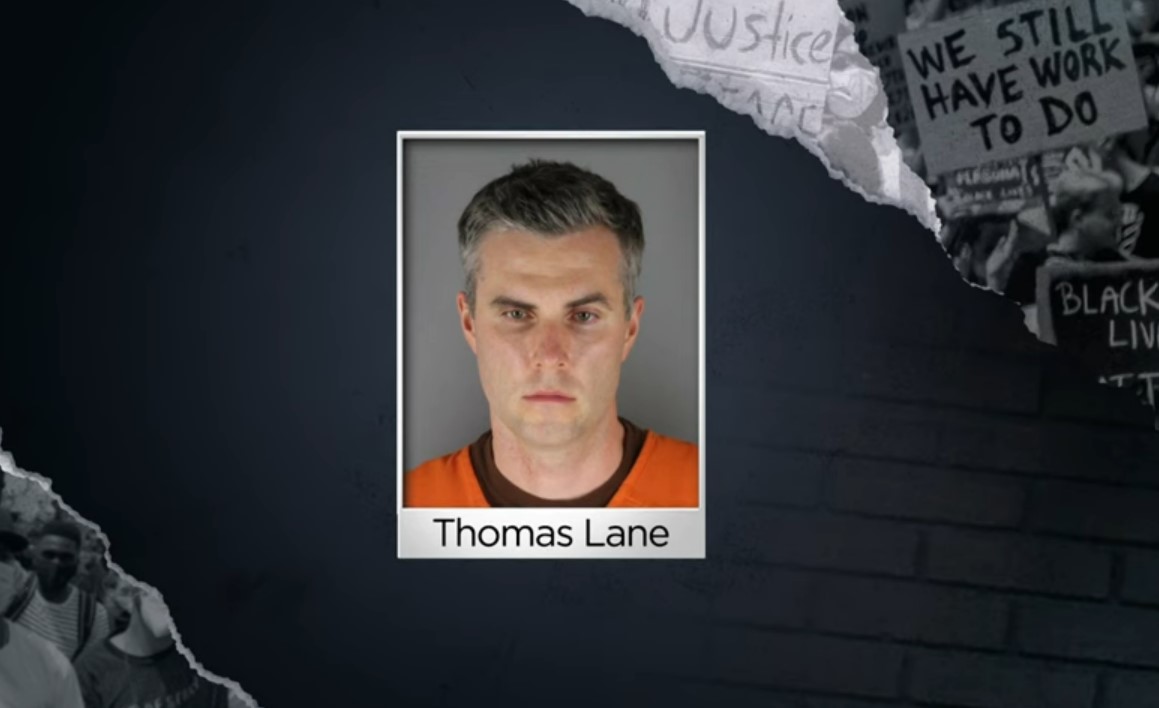 A former Minneapolis Police officer who held George Floyd’s legs down in May 2020 has been sentenced to three years in prison on a state charge of aiding and abetting second-degree manslaughter.

Thomas Lane, who is currently in federal prison for violating Floyd’s civil rights during his fatal restraint, appeared at the hearing remotely wearing beige prison clothes. Late last month, he began serving his 2.5-year federal sentence at a Bureau of Prisons facility in Colorado.

During Wednesday’s court hearing, the former officer did not address the court. Lane was credited with 31 days already served. Restitution was not requested by the prosecution.

Prosecutors read a victim impact statement on behalf of Floyd’s family on Wednesday. The prosecutor read, “We want everyone here today to know we will never move on.” “You will always show up for George Floyd, but never move on.”

This is what happened when George Floyd was fatally arrested

The sentence comes more than two years after former officers Lane, Tou Thao and J. Kueng were arrested for their actions – or lack thereof – in May 2020 when Derek Chauvin pressed down on Floyd, who was handcuffed and lying on his stomach, for more than nine minutes.

During Floyd’s arrest, Lane, a rookie officer on his fourth day on the job, held down his legs while Kueng restrained his torso and Thao stood nearby to control a crowd of upset bystanders.

When an ambulance arrived, Floyd, who was limp at that point, was lifted into the vehicle by first responders. In the ambulance, Lane assisted Floyd by performing CPR.

According to Lane’s defense attorney Earl Gray, if he were convicted of the most serious murder charge he would face a mandatory 12-year sentence. Defendants can also be released from custody after serving two-thirds of their sentences under Minnesota law.

Gray said in June, “My client didn’t want to risk losing the murder case, so he pleaded guilty to manslaughter with a 3-year sentence, to be released in 2 years, and the murder case was dismissed.” “The sentence will run concurrently with his federal sentence, and he will serve the remainder of his time in a federal facility.” The man has a newborn baby and does not want to miss out on his child’s life.”

What happened to the other former officers?

During a harrowing video taken by a bystander, Floyd, 46, is seen desperately pleading for them to let him breathe and calling for his mother before he loses consciousness and dies. The incident sparked an international protest movement against police treatment of Black citizens. Floyd’s death led to the firing and prosecution of all four officers.

Lane testified earlier this year that Chauvin denied his two requests to reposition Floyd while restraining him.

Lane, Thao, and Kueng were all convicted of violating Floyd’s civil rights during the fatal restraint. Additionally, Thao and Kueng were found guilty of failing to intervene to stop Chauvin earlier this year. According to their sentences, Thao will be in federal prison for 3.5 years and Kueng for 3 years.

Chauvin was convicted of murder in Floyd’s death in state court last year and sentenced to more than 22 years in prison. Chauvin entered a guilty plea in December in connection with Floyd’s death and the restraint of a teenager in another incident, as part of a plea agreement.