Merriam-Webster’s word of 2022 named as ‘gaslighting’

Man with dementia accused of killing, dismembering his wife before family dinner

At least one dead, more than 10 missing after landslide rips through town

While hiking in the Dolomites mountains in Italy, one...
US

Patrick Merkle estimated that his aircraft ended up 60...
Politics

A source involved in the games' security said the...
Crime

It was reported that Malerato Harrison was crushed by...
Business

Merriam-Webster’s word of 2022 named as ‘gaslighting’

"Gaslighting" is Merriam-Webster's word of the year - and... 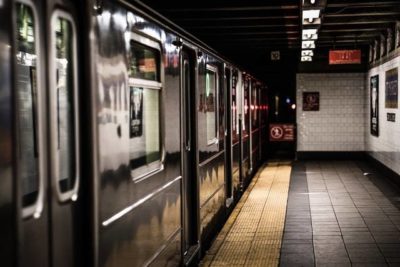 ‘Please help me’: Heartbreaking moment woman pleads with fellow NYC subway passengers to intervene as thug randomly assaults her – but they walk away- Daily Mail

Public transportation can be full of suspicious activity, especially in a big city. Strangers can prove to be dangerous and good samaritans who are willing to intervene are a rare breed. Recently, there was a victim of assault in NYC that experienced just that.

A woman was assaulted by a thug on a New York City subway as other passengers appeared to ignore her pleas for help. The woman was pleading with her fellow passengers trying to beg for a helping hand in such a terrifying moment of her life.

Police have been of little help to the victim as well. The NYPD said they were ‘looking into it’ but had no reports filed on the attack at this time.

A man grabbed the woman’s hair while pushing her down into the seat. He pushed her into another section of the subway as he yelled obscenities and thrashed around the subway car. He then kicked the window of the moving train.

After his shocking behavior, the violent man began walking away from the scene. The man walked into the crowd of people and was nowhere to be seen.

The latest spate of violence on the city streets and subways has left New Yorkers frazzled. A gunman opened fire on a Q train on Sunday, killing a Goldman Sachs employee, and a suspect was charged with terrorizing a mass transit system.

There are so many terrors in public transportation in New York City. For more details on this story, check out one of the news outlets listed below for additional information.

1.Woman pleads with fellow NYC subway users to intervene as thug assaults her – but none do– Daily Mail

While hiking in the Dolomites mountains in Italy, one...

Patrick Merkle estimated that his aircraft ended up 60...

A source involved in the games' security said the...

While hiking in the Dolomites mountains in Italy, one...

Patrick Merkle estimated that his aircraft ended up 60...

A source involved in the games' security said the...