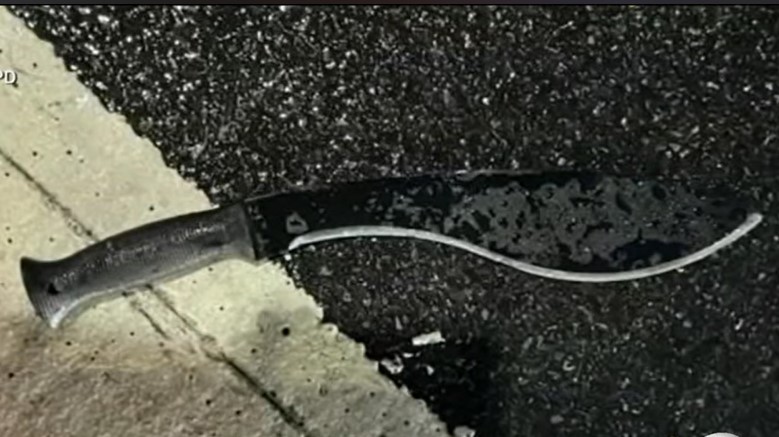 Three police officers were attacked by a machete-wielding man in New York, New York, on New Year’s Eve. Fortunately, no one was killed. However, one of the officers sustained a large laceration and a skull fracture, while another received a laceration to the head. The suspect was shot in the shoulder by one of the officers, NYPD Commissioner Keechant Sewell announced at a press conference on Sunday morning. All four individuals were hospitalized. Three officers are described as being in a stable condition. The authorities described one of them as a rookie who just graduated from the academy Ton Friday.

Authorities have not publicly identified the suspect, but ABC News and The New York Post report that he is 19-year-old Trevor Bickford, from Maine. Previously, Bickford’s mother and aunt told authorities that they were concerned about his tendency to support what ABC described as “dangerous Islamist ideologies.”

It is reported that he left behind a manifesto in which he asked his family to “repent to Allah and accept Islam,” police sources said.

“To my family — specifically, mother — I’m sorry for not having been a good enough son,” it is alleged that he wrote.

It is alleged that he addressed another brother, saying they were no longer close: “You have joined the ranks of my enemy. And for that I can give you no kind words – return to Allah.”

Thomas Kimo Bickford, their father, passed away in 2018.

According to reports, Trevor Bickford traveled to New York by Amtrak. The man arrived on Thursday.

He has not yet been charged. Police reported that the suspect and the three officers were treated at Bellevue Hospital early Sunday morning.