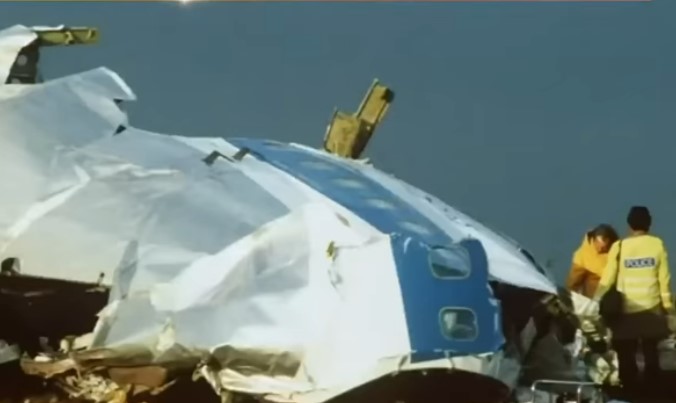 It appears that the bombmaker responsible for the tragic and devastating attack on Pan Am Flight 103 has been captured by U.S. authorities.

“The United States has taken custody of alleged Pan Am flight 103 bombmaker Abu Agila Mohammad Mas’ud Kheir Al-Marimi,” a DOJ spokesperson announced. “He is expected to make his initial appearance in the U.S. District Court for the District of Columbia. Additional details, including information regarding public access to the initial appearance, will be forthcoming.”

It was announced in December 2020 that the United States Department of Justice would prosecute Abu Agila Mohammad Mas’ud Kheir Al-Marimi – an “ex-intelligence officer for the Muamar Qaddafi regime”.

The Pan Am explosion was the most devastating terror attack in the history of the United States before 9/11. As the plane flew from London to New York City, it exploded over Lockerbie, Scotland. There were 259 people on board, including 190 Americans. Debris falling from the sky killed 11 locals.

“Let there be no mistake: no amount of time or distance will stop the United States, and its partners in Scotland, from pursuing justice in this case,” then-U.S. Attorney General William Barr stated in 2020. “Well over a third of Americans alive today were not yet born on the day of the Lockerbie bombing or would not have been old enough to remember it. But for those of us who do remember, that tragic event and the iconic images of its aftermath, some of which are displayed here today, are forever seared in our memories.”

Al-Marimi appeared in their original investigation, but all they had was a name: “Abu Agela Masud.” They couldn’t identify him, authorities said. The turning point in their search came when they obtained and reviewed a copy of an interview between Libyan law enforcement and “Masud”: Masud allegedly admitted to building the bomb.

According to the complaint:

“On or about September 12, 2012, while MASUD was in Libyan custody, he was interviewed by a Libyan law-enforcement officer. As noted above, the interview was transcribed in Arabic and later translated into English by a translator based in the United Kingdom. All recitations of that statement in this affidavit come from the English translation of the interview. As described in further detail below, during the course of the interview, MASUD admitted that on orders of the ESO [Libya’s now-defunct External Security Organization], and other high ranking ESO operatives, he built the bomb that brought down Pan Am Flight 103.”