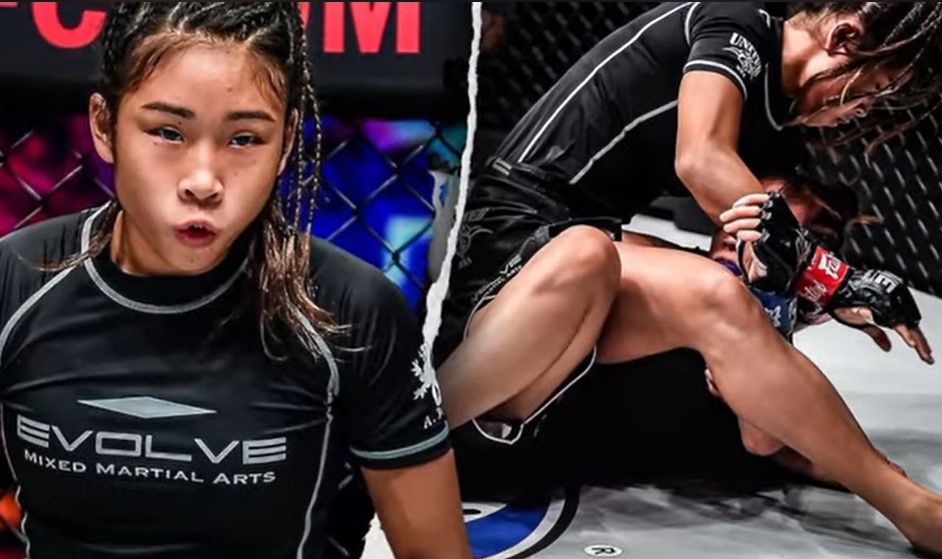 According to her family, mixed martial arts phenom Victoria Lee passed away suddenly at the age of 18.

According to Lee’s sister, Angela Lee – who is also a talented MMA fighter – Lee suddenly passed away on Dec. 26.

In an Instagram post published on Saturday, Lee wrote, “On December 26, 2022 our family experienced something no family should ever have to go through…It is incredibly difficult to say this…Our Victoria passed away.”

“Victoria was the most beautiful soul who ever lived. She was the best little sister in the world,” described her distraught sister. “The best daughter, the best granddaughter and the best godma/aunty to Ava and Alia. We miss you so much sis. More than you could ever realize.”

“We’re all broken. Because a piece of you was in each of us and when you left, those pieces were ripped out of us. We will never be the same,” Lee stated.

“Each and every little thing makes me think of you. From the sun rays, to the sunset. You taught us to see the beauty in the simple things. You were our bright light. Our sunshine. And that will never change. You were perfect in every way. The best person I knew. The most beautiful girl, inside and out. We love you Victoria. I love you Sprout. Until the end of time,” concluded the touching tribute.

“ONE women’s atomweight MMA athlete Victoria Lee tragically passed away on December 26, 2022,” according to the ONE Championship website. “The ONE Championship team is devastated over this news and sends our most heartfelt condolences to her family and friends at this difficult time.”

The cause of Lee’s death has not yet been determined.

It has been announced that a celebration of life will be held on Jan. 22 at Valley of the Temples Memorial Park and Funeral Home in Kanahe, Hawaii.

In her final Instagram post eight days before her death, Lee smiled ear-to-ear while posing with her younger brother who had won a kickboxing match.

“Super proud of my little bro for winning the Toughman Pankration World Title (2nd round top guillotine) and of my teammate Elias for an awesome kickboxing win!! (2nd round TKO),” Lee posted on Instagram.

A native of Hawaii, Victoria Lee was born in Waipahu. The father, Ken, was born in Singapore, while the mother, Jewelz, comes from a Korean-Canadian background. Both her sister Angela and brother Christian Lee are ONE World Champions.

In 2019 and 2020, Victoria Lee won back-to-back gold medals at the Hawaiian Pankration Junior World Championship. Moreover, she was a state wrestling champion from Hawaii as well as a junior world champion from the International Mixed Martial Arts Federation (IMMAF).

As a 16-year-old, Lee signed with ONE Championship to compete in the Atomweight division. Lee made her professional fighting debut at the age of 17 at ONE Championship 129: Fists Of Fury. Defeating Sunisa Srisan by submission in the second round.

Lee, who possessed an undefeated 3-0 record, was scheduled to compete in her fourth MMA match at the ONE on Prime Video 6 event in Bangkok, Thailand, on Jan. 13.