Jack in the Box worker shoots at customers over ‘curly fries’, suit filed 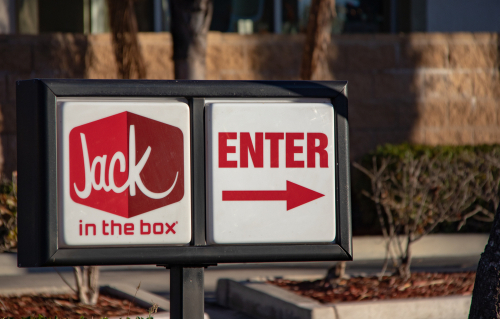 In Houston, a married couple just wanted the curly fries they’d purchased at the Jack in the Box drive-thru. But in a lawsuit, they claim an employee fired a gun at them after shouting at them to leave.

Anthony Ramos and his wife Jeraldin Ospina, and their seven-year-old daughter are seeking damages from Alonniea Fantasia Ford, Jack in the Box Inc., and franchisee A3H Foods General Partner LLC.  They are seeking $250,000 to $1 million in damages. The restaurant is located near George Bush International Airport.

Ramos and Ospina live in Florida, but Ramos’ employer sent him to Houston in February 2021 to help restore electricity after Winter Storm Uri, according to their lawsuit.

As detailed in the complaint, Ospina and the couple’s then-6-year-old daughter traveled from Miami to Houston on March 3, 2021, to visit Ramos.

In his friend’s SUV, he picked them up and drove them to the Jack in the Box drive-through, and ordered a meal with curly fries. When Ford handed them their food, they told her it was missing fries.

Ford refused to give them their fries and became irate after they asked for a manager.

In response, Ford drew a gun. Ramos hit the gas as Ford squeezed the trigger, and a bullet grazed the rear of the SUV. The couple’s daughter was sitting in the back seat.

Astonished by what I just saw, I’m glad I reacted the way I did. It was terrifying. It was very, very frightening. Ramos said during a virtual press conference his attorneys held on Wednesday to publicize the lawsuit that his initial reaction was to call the police once I was in a safe area.

Houston police arrested Ford, 29, and charged her with felony aggravated assault with a deadly weapon. After serving six days in jail, she pleaded guilty to misdemeanor deadly conduct and reached a deal with prosecutors.

As part of her sentence, she had to undergo one year of deferred adjudication, which allows a defendant to avoid permanently having the conviction on their record if they follow the terms of their release.

Ford’s criminal record includes a misdemeanor conviction for making a terrorist threat in September 2012. According to court records, she pleaded guilty to the charge and received 30 days in jail.

The family’s Houston civil rights attorney Randall Kallinen said Jack in the Box could have found that with just the simplest of research. “In a matter of minutes, anyone can locate it. You can view the whole criminal history on the Harris County District Clerk’s website.”

In part, Ramos and his lawyers filed the lawsuit to raise awareness about Jack in the Box’s hiring practices and those of its franchisee, A3H Foods.

Typically, what matters in these types of cases is how much control the corporate parent has over the franchise. As a result of the exercise of its control through policies, procedures, and training, much has gone awry,” said the family’s co-counsel Mark Underwood of McKinney, Texas.

The corporate legal department of Jack in the Box did not respond to a phone call seeking comment on the lawsuit. An employee of A3H Foods, which operates more than 15 Jack in the Box restaurants in Texas and Oklahoma, declined to comment.

Ramos’ and Ospina’s daughter was so terrified by the shooting that she is seeing a counselor, Kallinen told reporters.

In their lawsuit against Jack in the Box and A3H Foods, Ramos, Ospina, and their daughter alleged gross negligence, negligence, and negligent hiring. Furthermore, they sued Ford for assault and battery, infliction of emotional distress, and negligence.