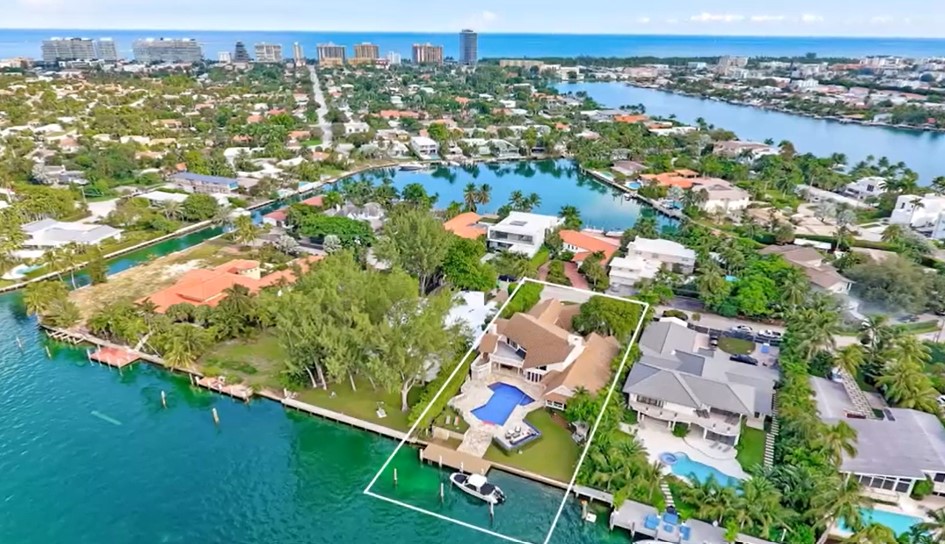 In Miami, Gisele Bundchen bought a mansion directly across the water from Tom Brady’s house.

Bundchen recently purchased a 6,600-square-foot home in Surfside for $11.5 million. She and Brady were building a mansion on Indian Creek, almost directly across the creek.

“You could literally swim from Gisele’s place to Tom’s — not that they would — but both homes will include a dock, so it would be very easy for them to co-parent their children while living so close to each other,” a source explained.

Bundchen’s Miami mansion, which measures 18,400 square feet, has five bedrooms and 6.5 bathrooms. Some 92 feet of waterfront are included on the property.

“Gisele was actively looking at homes in Miami Beach even before Tom took his break from the NFL, which indicates that she was already done with the marriage and moving on,” according to a source.

Additionally, there is a home theater, an office, a gym, a playroom, and a large eat-in kitchen with a patio. His and hers bathrooms are located on the ground floor of the main bedroom. The home has impact windows, a two-car garage, and a brand new, oversized dock. This cul-de-sac home is close to the ocean, Bal Harbor Shops, and restaurants, making it the perfect family home.

In late 2020, Brady and Bundchen purchased the land across the waterway on Billionaire Bunker for $17 million. The existing 5,772 square-foot home was demolished in order to build an eco-friendly mansion. Construction on that home is still ongoing.

Bundchen also purchased a smaller property for $1.25 million in Surfside, which she plans to remodel and use as an office or staff residence.

See Gisele Bundchen’s new Miami mansion in the video below…