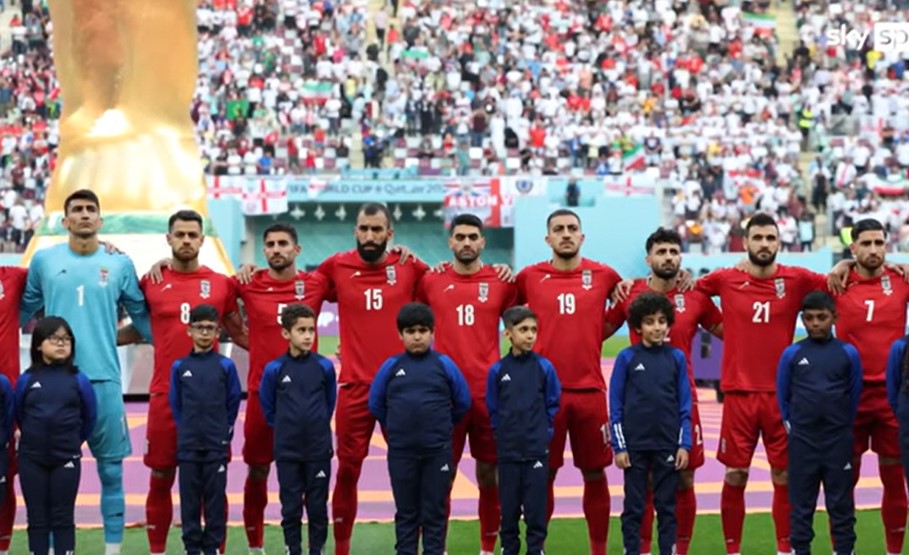 A source involved in the games’ security said the families of Iran’s World Cup soccer team has been threatened with imprisonment and torture if they fail to “behave” ahead of Tuesday’s match against the USA.

As a result of Iranian players refusing to sing the national anthem in their opening match against England on November 21, the source said they were called to a meeting with members of the Iranian Revolutionary Guard Corps (IRGC).

According to the source, their families would be subjected to “violence and torture” if they refused to sing the national anthem or joined any political protests against Tehran.

Iranian players sang the anthem prior to their second match against Wales last Friday, in which Iran won 2-0.

Hundreds of IRGC officers have been assigned to supervise Iranian players who are not allowed to mingle outside their squads or meet foreigners during the World Cup, according to a source closely monitoring Iran’s security agencies in Qatar.

“There are a large number of Iranian security officers in Qatar collecting information and monitoring the players,” according to the source.

The source said that Carlos Queiroz, the Portuguese coach of Iran’s national team, met separately with IRGC officers after they threatened Iranian players and their families.

In the source’s statement, she did not state what the alleged conversation was about. According to Queiroz, Iranian players may protest at the World Cup within FIFA’s regulations.

Before the England game, players had been promised “presents and cars”, but the regime switched to threatening players and their families after the humiliation of not singing the national anthem.

“In the last game against Wales, the regime sent over hundreds of these actor supporters in order to create a false sense of support and favor amongst the fans. For the next game against the U.S, the regime is planning to significantly increase the number of actors into the thousands,” according to a source.

An important Group B match between Iran and the US will take place on Tuesday.

During recent months, Iran has been rocked by protests, the most significant since clerical rule was established following the 1979 Iranian Revolution. They have threatened the country’s regime, which has been in power for 40 years.

Mahsa Amini, a 22-year-old woman who died after being detained by Iran’s morality police for allegedly not following the country’s conservative dress code, sparked the movement. There has been a violent response from Iranian security forces.

After the United States Soccer Federation changed Iran’s flag on its social media platforms to show support for protesters in Iran, Iran state media called for the US to be kicked out of the 2022 World Cup.

Iran’s national flag was temporarily displayed on its official Twitter, Instagram and Facebook accounts without the Islamic Republic’s emblem. An image of the Group B standings posted on Saturday only featured the Iranian flag’s green, white, and red colors.

On Sunday, US Soccer announced that it would change its official flag for 24 hours to show support for Iranian women fighting for human rights, but it planned to return to its original design.

US Soccer told reporters that the change was a one-time graphic. “We have the main flag on our website and other places.” US Soccer has restored the emblem to the flag on its social media channels.

A spokesperson for the State Department said it did not coordinate with US Soccer on its decision to change Iran’s flag on its social media accounts in support of protesters.