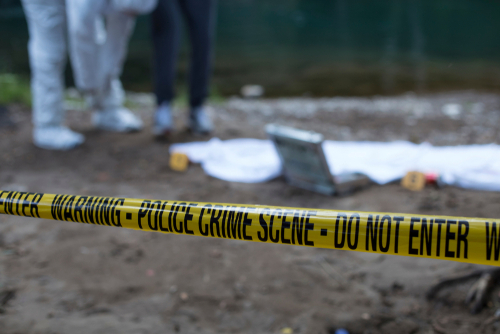 A “shocked” longtime resident said he saw a pediatrician driving his car out of the garage of his Bronx apartment building just hours before his gruesome death in a Manhattan park.

The body of Bruce Maurice Henry, 60, was found in Marcus Garvey Park around 2:15 a.m. on a stairway near 120th Street, police and sources said. Besides having his throat cut, the physician was also stabbed multiple times, according to sources.

The victim was pronounced dead at the scene.

It is unclear why Henry, who would have celebrated his 61st birthday on Saturday, was in the park at the time of his death, according to police.

A sense of horror had replaced holiday cheer at Henry’s Spuyten Duyvil building.

“That was him? Ugh! I have known him for a long time. It’s got to be ten years or maybe more,” a resident of the building said in shock. “Since I’d known him, everything was all good. That’s kind of rough, wow!”

Officers came to the address on Friday to determine if Henry lived there, and workers told them that they had seen him earlier in the day.

When Henry drove out of the garage, he was casually dressed, recalled the resident, who added that Henry had lived alone for some time.

Henry also stated that he “worked long hours at the hospital” and “was always traveling.”

He would occasionally see Henry with visitors, but he was unsure whether they were family, friends, or colleagues.

“There were times like he was working at the hospital. He’ll come driving in like real early in the morning and I’ve seen him walk into the garage with his hospital gear and stuff on,” said the resident.

He was well known for being cordial and for giving employees holiday cards.

“It sucks. It really does..Nobody wants to hear stuff like this around any holiday, especially Christmas,” said the resident, adding, “Nobody deserves to die like that, especially not him. This person [the suspect] is a sicko, man.”

Despite his concerns, he was confident that the killer would be captured.

“This person or group of persons that did this to him, they are going to get them,” predicted the resident. “They are going to nab them. They have cameras all over the place.”

Previously, Henry worked as a pediatric emergency medicine physician in the Bronx and was affiliated with Children’s Hospital New Orleans and Nyack Hospital.  With more than 20 years of experience, he graduated from SUNY Upstate Medical University.