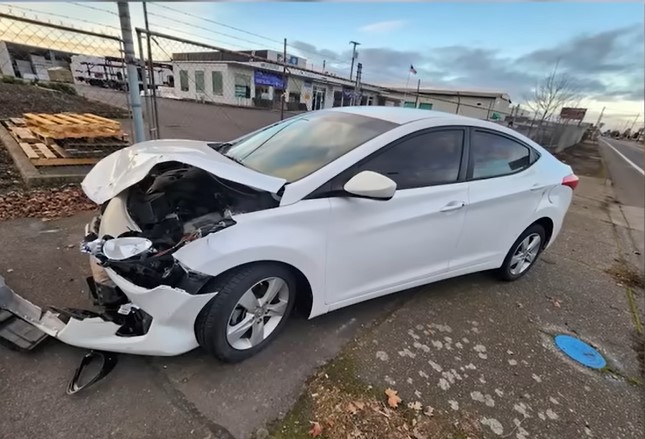 There is a possibility that a white Hyundai Elantra abandoned in Oregon may be linked to the unsolved slayings of four college students last month, according to Idaho police.

Since Moscow, Idaho, police were looking for a vehicle matching that description, Eugene police notified the department when they found a car that had no license plates and was badly damaged.

There has been an appeal from the Idaho police for help in locating a white 2011-2013 model Elantra seen in the “immediate area” of the off-campus home where the friends were stabbed to death on Nov. 13.

A person called 911 over the weekend to report that someone was sleeping in the car, according to the Eugene Police Department.

As units made contact with the individual, they discovered that he was homeless and not the owner of the car.

According to Idaho police, they have narrowed their search to 22,000 models of the car, which they are sifting through to speak with its owner.

There are roughly 450 miles between Eugene and Moscow, where bloody killings have shocked the rustic college town.

According to Moscow police public information officer Aaron Snell: “We are aware of the vehicle and are investigating it.”

Last month, Moscow officials released a stock photo of the Hyundai model and asked the public to contact them if they saw one.

There has been a report that cops want to speak with the vehicle’s occupants.

The police have not named a suspect in the deaths of Ethan Chapin, 20, Xana Kernodle, 20, Madison Mogen, 21, and Kaylee Goncalves, 21.

The college friends were stabbed between 3 a.m. and 4 a.m. on November 13.

The FBI has also beefed up its manpower on the case, adding 30 agents to help solve the mystery crime.