China has set up police stations in New York City, 30 other countries 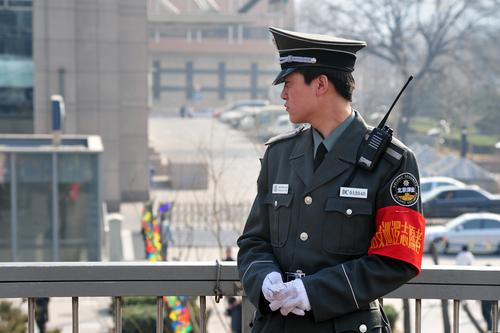 China setting up overseas police stations, including one in US, to bring back ‘fugitives’ – WPDE

As part of its efforts to monitor its citizens living abroad, China has opened dozens of “overseas police service stations” around the world, including three in Toronto and one in New York City.

“Earlier this month, Safeguard Defenders, a human rights watchdog, released a report that criticized the absence of official bilateral police and judicial cooperation, as well as the violation of international law and the potential violation of the territorial integrity of third countries that set up parallel policing mechanisms using illegal methods.

According to the report, titled 110 Overseas: Chinese Transnational Policing Gone Wild, China has engaged in extensive efforts to combat “fraud” among its overseas citizens. Among other things, Chinese authorities have established police stations on five continents that have assisted them in conducting policing operations on foreign soil.”

While the Chinese government asserts that the stations provide essential services to its citizens abroad, the report notes that many of those services are typically handled by overseas embassies. According to the report, the stations may have been used to enhance China’s overseas law enforcement capabilities in violation of international law.

Also outlined in the report are potential human rights abuses associated with the stations, including harassment and intimidation methods, including threatening overseas citizens’ families. Stations have also been used to spread Chinese government propaganda and monitor the behavior and opinions of Chinese nationals.

“As these operations continue to develop, and new mechanisms are set up, it is evident that countries governed by the standards set by universal human rights and the rule of law urgently need to investigate these practices in order to identify (local) actors at work, mitigate risks, and ensure that the increasing number of targeted individuals are properly protected,” the report concludes.